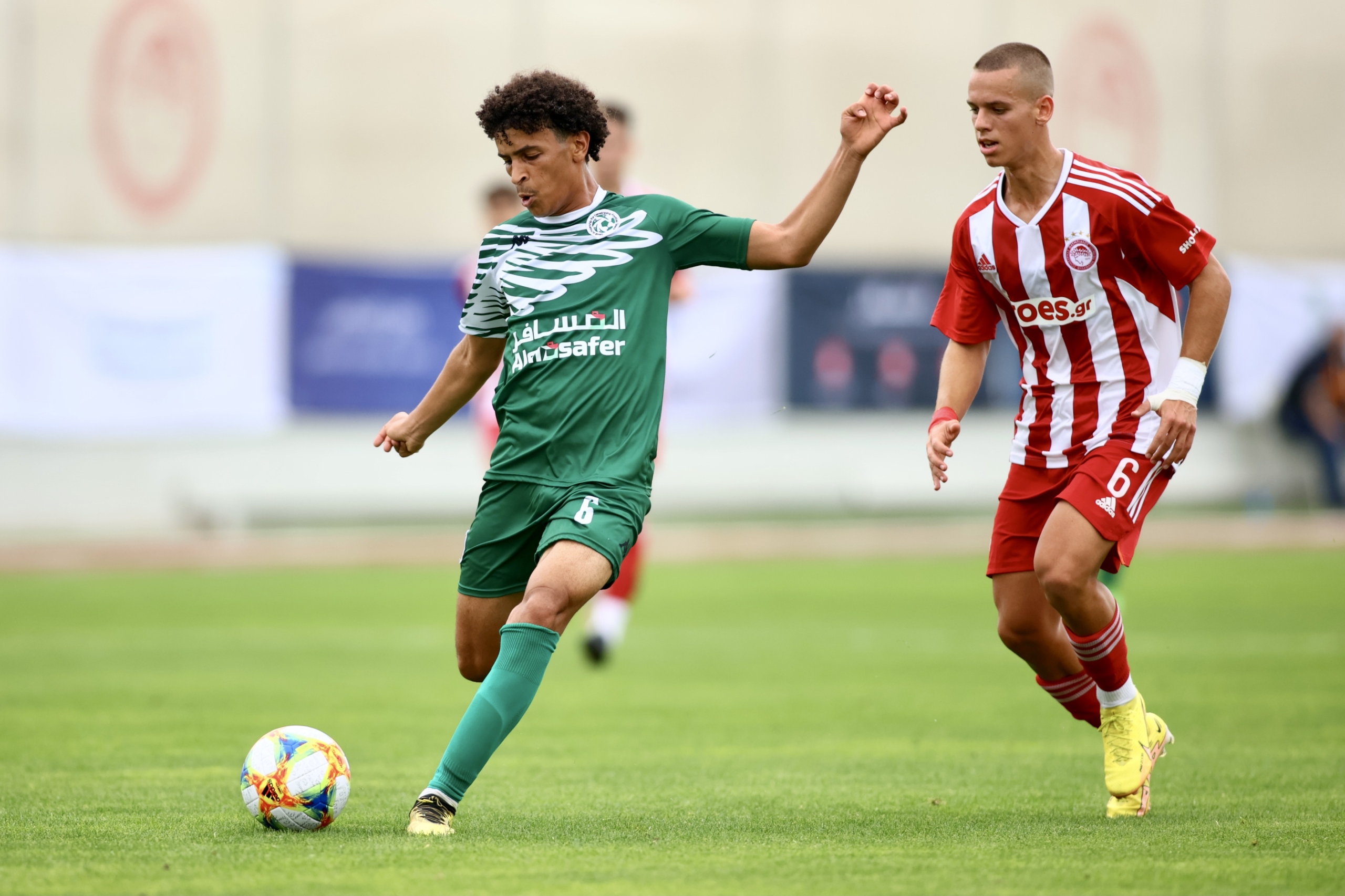 The Saudi Future Falcons Team Green achieved an exciting victory against Olympiacos in Greek territory, with three goals against two, in a new Group D match of the Al Abtal Cup. Hassan Bokhari and Mohammed Al Hazmi, who made two goals, scored for the Saudi team. The goals of Olympiacos came from the feet of Antonius and Cristos.

The match started with the ball possession by the Team Green, but Olympiacos was able to enter in the atmosphere of the match with the passing of the minutes, and its attacks were more dangerous. In the 38th minute, Hassan Bokhari hit a ball from long distance, which deceived goalkeeper Angelo, and settled in the net of Olympiacos, getting the first goal for the Green Team.

With the start of the second half, the Greek team was able to adjust the score after getting back the control of the ball in Team Green area, the substitute Moaras passed towards the player Antonios on the left side, who hit a precise ball with his right towards the second post of the goalkeeper, which settled in the net.

In the 59th minute, Cristos added the second goal for the Greek team with a shot from the the penalty area. However, Olympiacos’ supremacy did not last long, as the Saudi “Green” Falcons were able to equalize after Mohammed Al Hazmi kicked off from the right and then hit a powerful ball from outside the penalty area that hit the net. Seven minutes before the end of the match, Mohamed Al Hazmi took advantage of a cross from the right side, and hit a ball that touched Olympiacos’ net, announcing the victory of the green team in this exciting match.

With this victory, the positive results are back for the Saudi Future Falcons Team Green in Al Abtal Cup, despite their stumbling in the last match.