The second match of the group stage of Al Abtal between Valencia and the Future Falcons Team Green took place at the headquarters of the Saudi Scholarship for Developing Football Talent, where the called “bats” managed to take the three points after winning 3-1 against the Saudi team.

The match started equally between the two teams, with few chances on goal, such as Abdul-Malik Al-Jaber’s shot, which was blocked by Abril, the goalkeeper. Valencia team fought back with some attacks, as Blázquez almost opened the scoring at the end of the first half, but the goalkeeper Ahmed Al-Rashidi saved his shot brilliantly.

The second half started evenly as well, until Valencia broke the draw after Boiso managed to score with a nice header in the 55th minute. Just three minutes later, the “bats” scored a second goal thanks to García. However, the Future Falcons Team Green reacted quickly after Rakan Al Kaabi scored a superb free-kick goal in the 62nd minute.

Muhammad Al-Hazmi almost drew the score in the 74th minute after a wonderful team action, but his shot went over the crossbar. Valencia team reacted with a powerful shot from Martín Tikhon, but the great goalkeeper Ahmed Al-Rashidi deflected the ball. In the 82nd minute, Valencia team managed to consolidate their supremacy by scoring a third goal by Santana to make it 3-1 in favour of the “bats”. 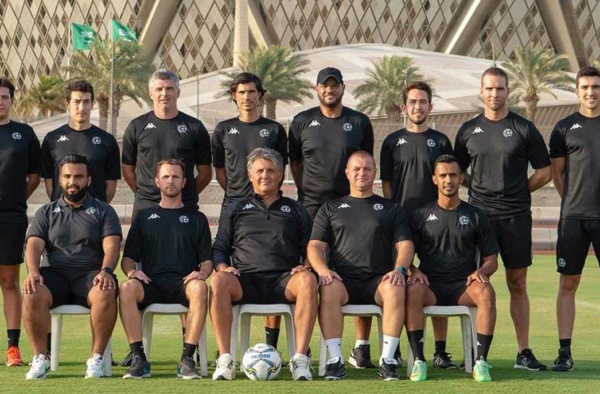 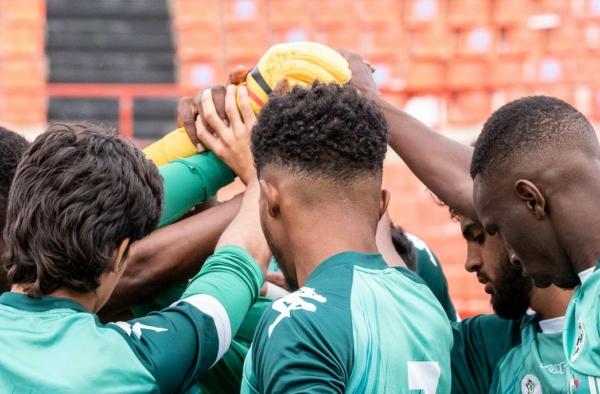